“The View” and Joy Behar Expose Ubiquitous Myths About Nursing

The month of September, 2015 may very well go down in nursing history as the time when nurses banded together in a massive collective effort to counteract negative media coverage that cast the profession in a less than optimal light.


In a moment of sincerity and admirable authenticity, a contestant in the Miss America Pageant decided to eschew the usual dancing and singing, choosing instead to perform a monologue about her deep emotional experience of being a nurse.

Kelley Johnson spoke eloquently and emotionally about her connection with a patient living with Alzheimer’s disease. While her contribution to the talent portion of the pageant was seen as considerably outside the norm, Johnson nonetheless ended up as the second runner up to the contest’s winner.


“The View” Makes a Misstep


The morning after the pageant, Joy Behar, one of the cohosts of the popular morning talk show, The View, made comments about Johnson’s monologue that sparked a firestorm of criticism against the show and its momentary---and admittedly mindless---denigration of nurses.


When discussing Johnson’s monologue, Behar questioned the contestant’s “costume”, and asked why she was wearing “a doctor’s stethoscope.” These statements belied the fact that Behar had not considered that Johnson might actually be a nurse, and her inane comments caused thousands of nurses to respond.

Meanwhile, a number of large sponsors---including Johnson and Johnson (who relatively recently launched the Campaign For Nursing's Future)---pulled their advertisements from the show in a financial protest against Behar's comments.

In a social media frenzy of activity, nurses around the world began rallying around the hashtag #NursesUnite, with other hashtags like #nursingismytalent also gaining traction.


While some nurses spent time lambasting Behar and The View with snarky rejoinders and threats to withhold narcotics if Behar found herself in the ER, others focused on the positive, doing their best to portray nursing and nurses in the most positive light possible.


Since Behar had asked why Johnson was wearing “a doctor’s stethoscope,” some nurses have chosen to depict themselves wearing their stethoscopes in order to drive home the fact that it is a crucial tool of the trade used to assess patients and frequently save lives. Doctors and others also came out in defense of nurses, criticizing The View for their ignorance.

Even as the vitriol poured from the keyboards of many upset nurses, the anger has been consistently counterbalanced by nurses attempting to use this as a teachable moment for the public regarding the importance of nursing care.

Meanwhile, Dr. Oz, Ellen Degeneres, and other celebrities have welcomed Johnson into the spotlight on their programs, allowing her to bring her message of positivity and the crucial importance of nurses to their international audiences.

If this watershed moment has taught us anything, it is that the public and media need ongoing education about what nurses do and why we are central to the wellness of most every society on earth.


As the most trusted professionals in almost every Gallup poll since the turn of the century, nurses have a responsibility to assure that the public understands our expanding role as healthcare providers. We also have a simultaneous responsibility to respond when the media gets it wrong.


Joy Behar likely spoke for many puzzled viewers when she questioned Kelley Johnson’s choice to perform a Miss America monologue in scrubs and tennis shoes. That said, as an influential member of the media, Behar also has a responsibility to reverse her error.


In this writer’s view, justice would most powerfully be served if The View chose to highlight the nursing profession on its program, showcasing the incredible diversity, skill, professionalism, and importance of nurses. This is unlikely to happen, but the word is out that nurses are more than the wearers of “doctors’ stethoscopes,” and the media will hopefully take notice that nurses are listening, and we’re not afraid to vociferously set the record straight about the power of our profession. 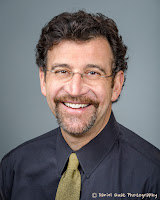 
Keith is co-host of RNFMRadio.com, a wildly popular nursing podcast; he also hosts The Nurse Keith Show, his own podcast focused on career advice and inspiration for nurses. Keith is also the resident nursing career expert at Nurse.com.

A widely published nurse writer, Keith is the author of "Savvy Networking For Nurses: Getting Connected and Staying Connected in the 21st Century." He has also contributed chapters to a number of books related to the nursing profession, and currently writes for MultiViews New Service, LPNtoBSNOnline.com, StaffGarden, and Working Nurse Magazine.