Explaining What Nurses Do

This post about what nurses do and how nursing is perceived by the general public was originally posted in 2012. It's been updated and republished for your enjoyment and edification.

When I tell people that I'm a nurse, they will often innocently ask, "So, how many hours do you work at the hospital?" While such questions are well-meaning, they belie the fact that so many people make wild assumptions about nurses and nursing, and most everyone has little idea what nurses actually do. I've expounded on this topic before, and will no doubt do so again.

If we're put in boxes by others, do we also unthinkingly put ourselves in boxes, as well? 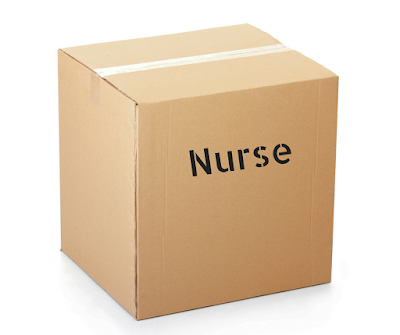 The Media and Nurses

The media has generally portrays nurses in relation to hospitals, and this probably has to do with the fact that most people naturally think of a hospital when they picture a nurse in their mind.

Having said that, I also assume that many individuals have encountered nurses in schools, home care, nursing homes, workplaces, the military, factories, doctors' offices, legal and medical practices, and a host of other environments. So why do people insist on pigeonholing us into one nice little (hospital-based) box?

At times, erroneous perceptions of nursing are exasperating, and at other times they're simply laughable.

When I say, "I've never worked in a hospital since I graduated from nursing school," I'm often met with an incredulous glance followed by a look of confusion and questions such as, "So, what do you do, then?"

If my earnest interlocutor seems authentically interested, I might choose to wax poetic about my previous work in hospice, home care, public health, nursing education, community health nursing,and case management, or I might take a stab at describing my role as a nurse blogger, professional nurse writer, podcaster, consultant, speaker, and career coach for nurses. My conversational companion's confusion can sometimes lessen at this point, but it can also deepen if they can't process what I'm saying.

I love educating people about what nurses do, especially when they sincerely want to know. If an individual is mired in the belief that nurses work in hospitals and doctors' offices and can't seem to stomach the notion of a nurse being an entrepreneur or innovator, I don't necessarily pursue the conversation further.

Maturing into the 21st Century

As nursing matures into the 21st century, nurse entrepreneurship will continue to grow, and the public will eventually need to understand that nurses can work in a wide variety of environments, many of which are a far cry from the hospital floor.

More and more Americans are encountering autonomous nurse practitioners in private practice, and advanced practice registered nurses have made great gains around the country and within the Veterans Administration, as well.

I know in my heart that my brand of nursing is just as valid as the nursing done on a hospital floor. My entrepreneurial endeavors are still seen as outside the box by many, but I'm thrilled with my multifaceted nursing identity, and I'm happy to share my vision of nursing in the 21st century with anyone willing to listen.

A widely published nurse writer, Keith is the author of "Savvy Networking For Nurses: Getting Connected and Staying Connected in the 21st Century," and has contributed chapters to a number of books related to the nursing profession. Keith has written for Nurse.com, Nurse.org, MultiViews News Service, LPNtoBSNOnline, StaffGarden, AusMed, American Sentinel University, the ANA blog, Working Nurse Magazine, and other online publications.

"I know in my heart that my nursing is just as valid as the nursing done on a hospital floor."

Indeed nursing is not just for those who are working in the hospitals or travelling abroad, or in clinics and other buildings made for patients, nursing is more than that. Remember Florence Nightingale during Crimean War or the poet Walt Whitman, a nurse in the truest sense of the word during wartime. The essence of nursing is service and not hospitals, eh. :)

what a great blog! my husband is an LVN and I am an RN. He has more "hospital" experience than I do, mine all being as an agency LVN working her way thru a BSN. I am again in the psych nursing field as a clinic RN & have worked as a case manager in the MHMR field, RN hospice case manager, LVN office manager, UM nurse for an insurance company and staff LVN at a nursing facility. In addition to my psych nurse duties I also teach in the evenings at a local community college. I am an instructor for the medication aide class and the certified nursing aide class. So many more things to do as a nurse than JUST hospitals! Amazing, huh?

Thanks for all of the thoughtful comments. Nurses do so many things, and nursing is much more diverse a profession than most people think. I have done many things as a nurse and fulfilled many roles. There's no end to the possibilities!

Even my kids thought I quit being a "real nurse" when I stopped working in a hospital or nursing home! Providing case management to elders to help them stay in their own homes longer is tremendously rewarding! It takes skill, compassion, creativity, patience, and so much more!Helping them "jump through all the hoops" and break through the barriers is tough work! But I wouldn't give it up!

You sound like a passionate and compassionate nurse doing what she loves! Thanks for your wonderful service!