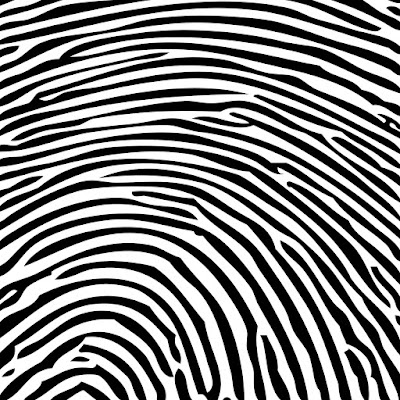 Since coming out West, it seems that I can barely do anything at all pertaining to medicine or nursing without having to get my fingerprints taken.

When I applied for my Texas nursing license, I obediently went to the local sheriff's department near my in-laws' home in Georgetown and had three FBI fingerprint cards done by a clerk who seemed relatively uninterested in the proceedings.

Six weeks later, I received notice from the Texas Board of Nursing that those prints were poor quality and unreadable (no surprise there), and was thus requested to have them done yet again. Since my wife and I were traveling at the time, I stopped into the court house in Silver City, New Mexico where a friendly but overworked sheriff's deputy expertly took my prints and sent me on my inky way. (Those prints were subsequently accepted and I received my Lone Star State license soon thereafter.)

Following my licensing fingerprint debacle, I applied to be a board member of a new medical marijuana clinic in northern New Mexico (they needed a nurse on the board), and of course, yet another set of fingerprints was demanded for the privilege of applying for membership. Still traveling, I stopped into the Sedona, Arizona police station where friendly volunteers happily collected my money and greased up my fingers yet again.

Now, having settled in Santa Fe, New Mexico, I have applied for several nursing jobs, and each of those positions requires a set of fingerprints to be sent to the FBI, and these sets were luckily simultaneously taken on an electronic machine that creates a digital facsimile that can be transferred to paper.

Maybe it's just me, but there appears to be an enormous waste of resources involved in sending multiple individuals for repeat fingerprint screenings ad nauseum. When one considers the human hours wasted, the gasoline burned, the reams of paperwork filed and the extraordinary effort and energy expended in the name of bureaucracy, perhaps there's some addiction to bureaucratic chaos (a la the Terry Gilliam film, Brazil) that precludes the powers that be (local, regional, state and national) from creating a central database in which each individual's fingerprints could be simply recorded once.

I'm sure there are those whose trust in the government has waned to the point at which even submitting to fingerprinting in the first place would seem absurd at best (and dangerous at worst), but since I've already allowed my personal information to be submitted to the FBI innumerable times, I would thus have few qualms allowing my prints to finally sit in an electronic repository for access by potential employers and others interested to know that I am indeed who I say I am.

With these latest sets of prints behind me, I have no doubt that I'll once again be visiting the state police or a local sheriff when the next demand for fingerprints rolls around. Til then, I'll give thanks that my spate of fingerprinting adventures is over for now, and my ink-stained digits can finally rest on their (positively identified) laurels.
Posted by Keith "Nurse Keith" Carlson, RN, BSN, NC-BC at 6/22/2010 01:08:00 AM