Advanced Practice Registered Nurses (APRNs) are an increasingly important fixture within the 21st-century American healthcare system and nursing profession. Full practice authority is a central key to APRNs’ ability to fulfill the needs of the American public, and it’s time for such authority to be granted nationwide. 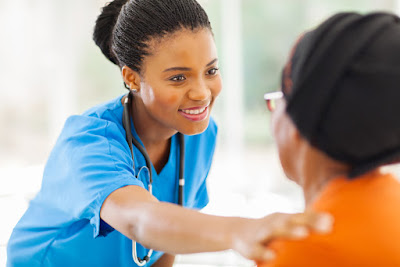 In my own experience as a nurse, Advanced Practice Registered Nurses have figured largely. In the early years of my nursing career in Western Massachusetts, I was lucky enough to work with several teams of gifted nurse practitioners. These particular NPs were blessed to work alongside physicians who recognized their value and gave them great latitude of practice, despite the fact that Massachusetts APRNs practiced then and now under a restricted license.

In my current home state, the New Mexico Nurses Association fought a hard and ultimately successful fight over APRN full practice authority. As a home health nurse, my nursing practice here in New Mexico has benefited greatly from collaboration with responsive, talented, and skilled NPs with the ability to handle any and all issues related to primary and specialty care.

Personally speaking, my own healthcare is reliant upon the expertise of several nurse practitioners. These NPs oversee my care, prescribe medications, order diagnostic tests, and coordinate with specialist providers, all of whom themselves recognize the centrality of NPs to filling the gaps in primary care in our largely rural state.

I’m an outspoken champion of full practice authority for APRNs nationwide, and I predict that nearly all 50 states will grant such authority by 2025 or 2030, despite the resistance of certain physician groups who spend a great deal of resources fighting a losing battle against the rising APRN tide. And if enough states pass such legislation, perhaps national legislation won’t be far behind.

I would like readers of Digital Doorway to be aware of the Nursing America campaign being sponsored by the National Council of State Boards of Nursing (NCSBN). Such an educational and advocacy campaign is necessary in order to overcome the remaining resistance to APRN autonomy and expanded practice.

Nursing America provides the latest research related to APRNs throughout the United States. Articles cited cover subjects such as how rural NPs are restricted in their ability to fulfill the needs of rural patients, despite the fact that physician shortages create vast need in terms of rural primary care and chronic disease management. This video is a strong and easily shareable illustration of the situation for APRNs in the U.S.

The Numbers Speak for Themselves

Did you know that NPs account for 25 percent of all rural providers? According to HealthAffairs.org, the number of American NPs has increased dramatically in the last decade, and the challenges are inherent in the shortages being seen in needy regions of the country.


The use of nurse practitioners (NPs) in primary care is one way to address growing patient demand and improve care delivery. However, little is known about trends in NP presence in primary care practices, or about how state policies such as scope-of-practice laws and expansion of eligibility for Medicaid may encourage or inhibit the use of NPs.

We found increasing NP presence in both rural and nonrural primary care practices in the period 2008–16. At the end of the period, NPs constituted 25.2 percent of providers in rural and 23.0 percent in nonrural practices, compared to 17.6 percent and 15.9 percent, respectively, in 2008. States with full scope-of-practice laws had the highest NP presence, but the fastest growth occurred in states with reduced and restricted scopes of practice. State Medicaid expansion status was not associated with greater NP presence.


APRNs: The Beacon of the Future

With an aging population of Baby Boomers and older Generation X'ers, the need for primary and specialized healthcare will only continue to grow. Consider the number of healthcare providers who are a part of these retiring and aging cohorts, and we have a realistic vision of how the next few decades will develop vis-a-vis such increasing need.

As a generation even larger in numbers than the Baby Boomers, we must also be preparing for the next large wave of retirees and aging Americans. The oldest Millennials are now pushing 40, and their collective approach towards middle age will begin to tax our healthcare system within the next 10-20 years. How will we resolve the pending provider shortages in the near future? Millennial APRNs will continue to fill the gaps, and full practice authority will serve them and their patients well indeed.

Nursing America sponsored by NCSBN and related interest groups and campaigns must be heeded in order to reform the delivery of healthcare in this country, especially primary care where APRNs are so sorely needed.

As nurses, we can take part by educating the public, speaking with the media, and assertively lobbying legislators in those states where restricted practice holds sway. I encourage readers to sign up at NursingAmerica.org and use the #SupportAPRNs hashtag on social media along with articles that corroborate the message of our pressing need for APRN autonomy.

We can stem the tide, and concerted effort and public pressure is needed in order to achieve critical mass and nationwide APRN autonomy.

As of May of 2018, Keith is the host of Mastering Nursing, an interview-style podcast showcasing inspiring, forward-thinking nurse thought leaders and innovators.

A widely published nurse writer, Keith is the author of Savvy Networking For Nurses: Getting Connected and Staying Connected in the 21st Century and Aspire to be Inspired: Creating a Nursing Career That Matters. He has contributed chapters to a number of books related to the  nursing profession. Keith has written for Nurse.com, Nurse.org, MultiBriefs News Service, LPNtoBSNOnline, StaffGarden, AusMed, American Sentinel University, the ANA blog, NursingCE.com, American Nurse Today, Working Nurse Magazine, and other online and print publications.