Nurses, the hard-working lifeblood and connective tissue of the healthcare system, can often feel as if they are doing battle with elemental forces far beyond their control in their efforts to provide optimal patient care and fulfill their personal and professional mission.

While nursing can often feel absolutely quixotic or Sisyphean in nature, nurses battle on. Whether it's the Covid-19 pandemic, a natural disaster, the opioid epidemic, a mass shooting, or the challenges faced by the homeless, nurses the world over continue to fight the good fight no matter the odds. It is here that the archetype of the Nurse Warrior emerges. 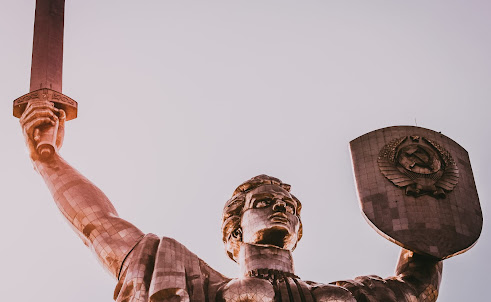 The archetype of the warrior can be found throughout many cultures and eras. Carl Jung apparently associated the archetype of the Warrior with that of the Hero; in terms of nurses, this would make sense based on the hero moniker often bestowed upon us by the media and the public in times of crises (e.g.: nurses' individual and collective efforts during the Covid pandemic). While many nurses chafe at being called angels or heroes due to the fact that it can make us seem somehow invincible and not altogether human — rather than the fallible human beings we actually are — the widespread use of such terms in relation to our profession are inarguably intrinsic to the culture and difficult to dismiss out of hand.

It's been said that the warrior is often seen as an individual who stands up for the trampled rights of others, at times putting their own lives on the line in the process. The coronavirus demonstrated how nurses, doctors, and other healthcare professionals put themselves in harm's way, and too many did indeed pay the ultimate price in the process, some via Covid infection and others through the utter tragedy of suicide.

Whether on the actual battlefield or that of the emergency department, ICU, school, or community health center, nurse warriors walk among us daily. Nurse warriors also exist among those who staff our public health departments, research facilities, home health agencies, nursing homes, and assisted living facilities. A nurse doesn't need to be in the fray of the ED or ICU to feel the heat of the fight; life, death, suffering, ethical dilemmas, and injustice are certainly not confined to the hospital, despite some nurses feeling the need to maintain the wholly ridiculous notion that "real" nurses only work in acute care.

Some of us do street medicine, like my friend and colleague Joy Fernandez de Narayan, DNP, FNP-C of MercyCares in Atlanta; and some practice health coaching — like another friend and colleague, Ashley Durant — in order to give patients more of what they deserve from a hobbled and labyrinthine healthcare system, the navigation of which is often beyond their patience and ken. Dr. Renee Thompson the Healthy Workforce Institute ages war on bullying and lateral violence in the nursing profession and healthcare workplaces — she is herself a nurse warrior of great stature.

The nurse warrior may perhaps at times be judged as quixotic, chasing windmills that to some seem pointless to attempt to defeat; yet it's often the quixotic among us who are willing to go up against the monsters and demons that others are too afraid to confront — or refuse altogether to acknowledge in the first place.

Nurse warriors are legion, and this is the archetype I personally prefer over that of hero, angel, or other names that attempt to elevate us above other mere mortals. We nurses are not inured to suffering; we're like everyone else, and we of course suffer in our own ways, individually and collectively. As mentioned above, dehumanizing nurses by labeling them as heroes can put them on a pedestal and cause the public and media to fail to recognize our own fragile nature. Sure, nurses can put their game face on and rush headlong into the fray like firefighters marching into a scorching and dangerous blaze, but we can also break down, cry, suffer burnout, feel the pain of compassion fatigue, and wonder aloud or to ourselves if we can still get up and do it again tomorrow.

Heroism is often misconstrued in our culture, and action movies and other mainstream depictions of heroism can drown out the struggles and challenges of the smaller, more intimate moments that make us human. Nurses are not "angels in scrubs", nor are we action heroes necessarily destined for greatness and a ticker tape parade after we save the day.

Nurses suffer an inordinate amount of workplace violence: we are spit on, punched, denigrated, slapped, and experience all manner of insults and injuries at the hands of both patients and and their families. We also endure the slings and arrows to which we're exposed when our own nursing brethren bully, intimidate, and harass us, not to mention such egregious behavior by physicians and other colleagues.

To those who call us heroes, I suggest that warrior be adopted as the more apt term for nurses the world over. Nurses trudge to work through floods and disasters; administer care in literal war zones and make house calls in urban war zones; slog out 12-hour shifts in overflowing emergency departments; welcome newborns into the world; care for our society's children in PICUs and school-based clinics; and serve as heartfelt and compassionate witness as both young and old take their final breath.

If some of these acts seem heroic or angelic, so be it; yet nurses' true strength lies in our ability to use our will, clinical acumen, compassion, and spiritual strength to minister to those in need of our succor. These are the actions of heartfelt warriors who build a bridge between the art and science of nursing with a very human form of grace.

While Don Quixote may have often been historically portrayed as a misguided dreamer chasing imaginary monsters, others have reevaluated his standing as a true warrior guided by his heart and moral code. And while Miguel Cervantes may in the passage below be speaking of war in the literal sense, we can translate this logic to the wars fought by nurses on multiple fronts:

I am not a barbarian, and I love letters, but let us beware of according them pre-eminence over arms, or even an equality with arms. The man of letters, it is very true, instructs and illuminates his fellows, softens manners, elevates minds, and teaches us justice, a beautiful and sublime science. But the warrior makes us observe justice. His object is to procure us the first and sweetest of blessings, peace, gentlest peace, so necessary to human happiness. This peace, adorable blessing, gift divine, source of happiness, this peace is the object of war. The warrior labors to procure it for us, and the warrior therefore performs the most useful labor in the world. -- Miguel de Cervantes

Florence Nightingale was a nurse warrior who cared for soldiers on the Crimean warfront; she ushered in the science of biostatistics, likely saved thousands of lives by her focus on cleanliness and sanitation, and created a profession that would transform the world of patient care forever.

Joan of Arc was a warrior and mystical visionary extraordinaire, leading her people in battle and subsequently castigated and vilified as a heretic, only to eventually be declared innocent, and then beatifed in 1909 and canonized in 1920 as a patron saint of France.

Countless nurse warriors toil selflessly on a daily basis — faceless, nameless, and without recognition — and many prefer it that way; they're not in it for the glory, but simply for the love of their work and compassion for those they are charged to serve.

The warrior is ultimately triumphant in vanquishing their enemies, and the nurse warrior labors to vanquish suffering, disease, loneliness, the afflictions of poverty, physical and psychic pain, and much else along the nursing path.

Quixotic, Sisyphean, foolhardy, well-meaning, or however else it may be characterized, the quest of the nurse warrior remains a relative constant through history. Call us heroes, angels, or any other label you choose, yet warriors of the heart and mind we remain, practicing the ever-evolving art and science of nursing, often against all odds.

Keith Carlson, RN, BSN, NC-BC, is the Board Certified Nurse Coach behind NurseKeith.com.
Keith is the host of The Nurse Keith Show, his solo podcast focused on career advice and inspiration for nurses. From 2012 until its sunset in 2017, Keith co-hosted RNFMRadio, a groundbreaking nursing podcast.
A widely published nurse writer, Keith is the author of Savvy Networking For Nurses: Getting Connected and Staying Connected in the 21st Century and Aspire to be Inspired: Creating a Nursing Career That Matters. He has contributed chapters to a number of books related to the  nursing profession. Keith has written for Nurse.com, Nurse.org, MultiBriefs News Service, LPNtoBSNOnline, StaffGarden, AusMed, American Sentinel University, Black Doctor, Diabetes Lifestyle, the ANA blog, NursingCE.com, American Nurse Today, Working Nurse Magazine, and other online and print publications.
Mr. Carlson brings a plethora of experience as a nurse thought leader, keynote speaker, online nurse personality, social media influencer, podcaster, holistic career coach, writer, and well-known nurse entrepreneur. He lives in Santa Fe, New Mexico with his adorable and remarkably intelligent cat, George. You can follow George the Cat on Instagram using the hashtag, #georgethecatsantafe.
Posted by Keith "Nurse Keith" Carlson, RN, BSN, NC-BC at 7/05/2021 09:56:00 PM