A Utah Nurse Bullied By Police

On July 26th, nurse Alex Wubbels was working a shift at the University of Utah Hospital. She was tending to a patient who was in a coma; he was the victim of a drunk driver and was badly burned. The course of Nurse Wubbels' shift changed dramatically when the police arrived. 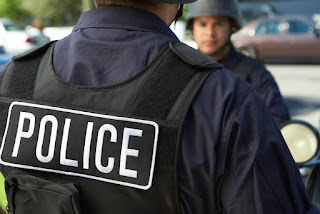 According to Wubbels' account and police body cam and hospital security camera footage, police officers came to the unit and demanded that the patient's blood be drawn as part of their investigation.

Wubbels, being a well-prepared and astute nurse, informed the officers that a hospital policy created in coordination with the Salt Lake City Police Department states very clearly that procedures such as blood draws cannot be performed on comatose or unconscious patients without a warrant. She printed the policy and handed it to the officer.

(Of note, the U.S. Supreme Court ruled in 2016 that blood tests demanded by police without an appropriate warrant is contrary to privacy interests and public safety. Since that decision, such blood tests are forbidden without a warrant.)

Either oblivious to the policy and Supreme Court decision or simply hell bent on getting what he wanted, the officer proceeded to verbally bully Wubbels, shortly thereafter handcuffing her and escorting her from the hospital to a squad car as she screamed that she was innocent of any wrongdoing. She was wrongfully detained in the hot police car for 20 minutes and eventually released. News coverage and outrage from the nursing community subsequently exploded across the country.

Social media is overflowing with outrage by nurses and non-nurses alike. Nurses are seen as stalwart defenders of patient rights, and the Salt Lake City Police Department attempted to stomp out those rights by ignoring a policy presented to them in black and white.

A September 1st news release by the American Nurses Association unequivocally supports Wubbels and the hospital. Some excerpts from the statement follow:


The American Nurses Association (ANA) is outraged that a registered nurse was handcuffed and arrested by a police officer for following her hospital’s policy and the law, and is calling for the Salt Lake City Police Department to conduct a full investigation, make amends to the nurse, and take action to prevent future abuses.

"It is outrageous and unacceptable that a nurse should be treated in this way for following her professional duty to advocate on behalf of the patient as well as following the policies of her employer and the law," said ANA President Pam Cipriano, PhD, RN, NEA-BC, FAAN.

According to the Code of Ethics for Nurses with Interpretive Statements, “the nurse promotes, advocates for, and protects the rights, health, and safety of the patient."
Unfortunately, nurses often are victims of violence on the job. In 2015, ANA adopted a policy of “zero tolerance” for workplace violence and called on nurses and their employers to work together to prevent and reduce the incidence of workplace violence.
“Nurses and police officers work collaboratively in many communities,” said Cipriano.

“What occurred is simply outrageous and unacceptable. Nurse Wubbels did everything right. It is imperative that law enforcement and nursing professionals respect each other and resolve conflicts through dialogue and due process.”

We nurses and our healthcare colleagues face what appears to be unprecedented levels of violence and physical threat in the course of our day-to-day work.

Earlier this year, an Illinois nurse was raped and held hostage by an inmate being treated in the hospital where she was employed. While this may have been an extreme incident, it underscores the level of risk posed by working within the American healthcare system. And in June, a disgruntled doctor armed with an assault rifle opened fire in his former place of work in the Bronx, killing one physician and wounding others.

No one appears to know what the answer is to the levels of violence and physical injury faced by nurses and other healthcare professionals every day. In fact, it appears that nurses face more injuries than miners and construction workers.

Be that as it may, the harassment, intimidation, and bullying of nurses and healthcare personnel by police is unconscionable and egregious, especially in light of the fact that these individuals are all similarly charged with serving the public.

Healthcare workers, first responders, and police should seamlessly work together in the support of the community and society rather than behave in the manner demonstrated by the Salt Lake City Police Department. To add insult to injury, the Salt Lake Police Chief seems to have been unwilling to make a statement about the July 26th incident until it was recently reported on social media.

We are in a historic time in history when increasing attention is being rightfully paid to issues of police brutality and the unwarranted and unconscionable killing of unarmed African Americans in this country. Add to this the emboldened white nationalist movement and apparently growing divisions in the United States over issues of race, immigration, and who does or does not belong, and it is a volatile mix, indeed. Imagine how this situation may have been different if Wubbels was a nurse of color. Would the officers have treated her more roughly? Would the outrage over her treatment be as vehement? These are questions worth considering.

Where to From Here?

It is my hope that this incident will cause police departments around the U.S. to review their policies, understand recent important court decisions regarding patient rights, and coordinate with their local hospitals about how to prevent such situations from occurring elsewhere.

Nurse Wubbels deserves far more than an apology; she deserves handsome legal compensation for her suffering and mental distress experienced due to this reprehensible incident. I pray for her recovery from this trauma, and urge all nurses to know their rights, review their hospital policies, and stand their ground when threatened, bullied, intimated, or harassed.

A widely published nurse writer, Keith is the author of "Savvy Networking For Nurses: Getting Connected and Staying Connected in the 21st Century" and "Aspire to be Inspired: Creating a Nursing Career That Matters". He has contributed chapters to a number of books related to the  nursing profession. Keith has written for Nurse.com, Nurse.org, MultiViews News Service, LPNtoBSNOnline, StaffGarden, AusMed, American Sentinel University, the ANA blog, Working Nurse Magazine, and other online publications.