Direct The Film of Your Nursing Career!

There's something to say about being in control, isn't there? And when you think about your nursing career, do you feel like you're in control, or are you allowing yourself to be a bit actor when you should actually be the star? It's up to you to seize the Director's chair and begin directing the film of your career. Are you ready? 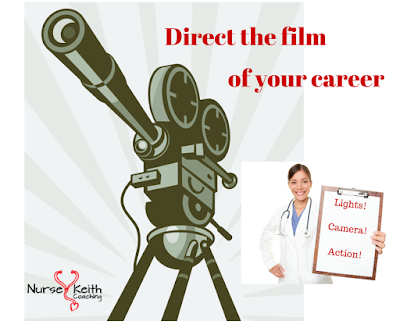 From the day you enter nursing school until the time that you retire from nursing, it can often feel like you're not in control. You're told where to go to clinical, who your patients will or won't be, what classes you should take, what specialty to focus on, what advanced degree to pursue, and whether you can or can't take a lunch break or go to the bathroom during a shift.

At times, it may seem like there's a whole lot of acquiescing and control going on in nursing, and even though the movie of your life is all about you, it may feel like someone else is directing the film of your career.

Taking the helm and directing your own career means that you don't go to graduate school just because "they" say you should. Who are "they", anyway?

Taking the helm means that, even though everyone tells you that you should get two years of Med/Surg under your belt, you have a different idea of what to do when you get out of nursing school. And you do it.

Taking the helm may mean launching an entrepreneurial venture when everyone says that it's doomed to fail. In the film of your nursing career, daring nurses do daring things and take calculated risks, and your calculated risk is to hang a shingle and launch a practice as a coach, writer, or consultant.

When you take the helm and assume control, you become the Director of your film, and you begin to write the plot and dialogue, choose the supporting cast, and scout for locations that are the best fit for your vision of the ultimate outcome. 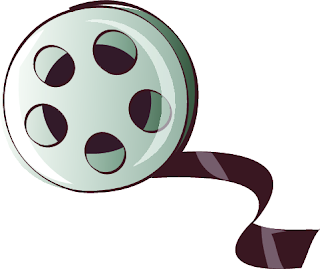 The supporting cast and co-stars of the film of your nursing career should be kind, good team players, and able to play the part with grace. Your teammates need not be bullies, authoritarian father figures, grouches, complainers, or slackers who let you do all the heavy lifting.

Finding the right cast for the film of your career may not be easy, but if you happen to locate the supporting players who can really make the film a success, it will feel like you've found your long lost tribe.

You must use discretion, intuition, and your good nursing karma to find the place of your dreams where your colleagues are all that you want them to be. It may never be perfect, but you deserve an environment populated with coworkers---the cast---that will drive you to success and satisfaction, not distress and dissatisfaction.

Real estate agents are known to say that it's all about location, location, location. Now, when you interview for a job, you may not know what you're truly getting until you're actually there, but some signs along the way will let you know whether you've scouted a good location for your film or not.

A workplace where bullies are tolerated is not a location for you to write the script of your career as a nurse. An environment where people are beaten down, micro-managed, split into warring parties, or otherwise abused is not the place where you want to set up your film crew and make your movie.

Even though you may need to kiss some workplace frogs from time to time, finding a location that supports your creativity and ability as a nurse is like finding gold for your career. Healthy, conscious, and progressive workplaces are out there, folks; you just have to use your nose and find them.

The location where you play out the tragedy and comedy of your nursing career is important. You may spend as much (or more) time at work than you do at home, so make sure that you're in a supportive environment that brings out the best in you; after all, you're the star of the show.

Just as a camera needs to be focused in order to capture the action in the course of making a film, so do your mind and heart need to remain focused and aware.

No one says that nursing is easy, and we all know that some workplaces and colleagues won't lend themselves well to the successful completion of the film of your career.

Many factors will work against you: miserable colleagues, poor work environments, and fellow cast-members who just don't know their lines and the right way to create a viable and successful portrayal of nursing at its best.

There are things you can control and things that you can't. When you're being bullied, you can either work to get rid of the bully, or you can remove yourself from that workplace. If your colleagues are miserable wretches and the work environment is less than friendly, you can try to be a change agent or you can bail. Even big stars will sometimes walk off the set, and sometimes even the crew will go on strike. Don't put up with anything that will make you miserable or make you sick and tired of nursing.

The film of your nursing career should of course be the story of the trials and tribulations of your life as a nurse, but it should also chronicle your successes, epiphanies, and moments of glory and satisfaction.

Seize the helm of your career/film, choose your cast/colleagues well, scout the location/workplace that's best for you. You hold the camera and you control the film's production. Make it count. Make it work for you. And make it the best movie it can possibly be.